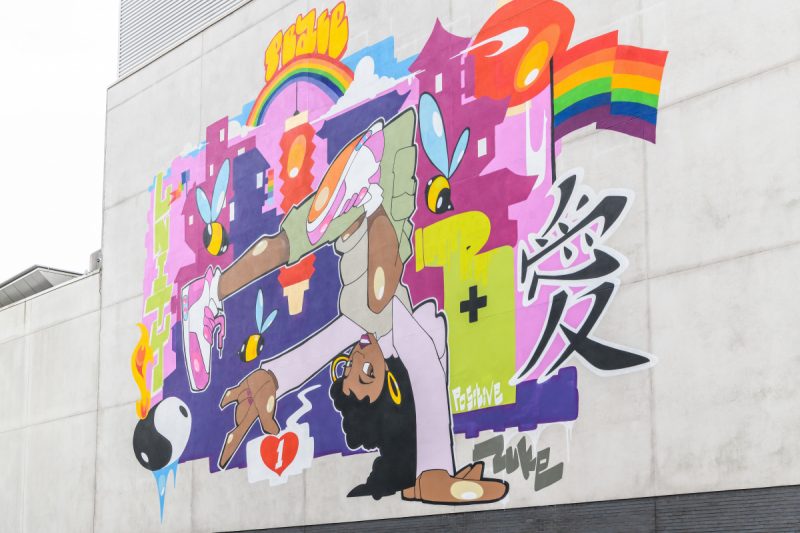 Birmingham Hippodrome and The Southside Building have unveiled a spectacular new mural as part of this year’s B-SIDE Hip-Hop Festival celebrations.

The Southside Building was refurbished by Paloma Capital to provide a range of spaces designed to appeal to the creative, media and tech industries and bring businesses and individuals together, from start-ups to established firms. Its shared passion for expression and culture was a key driver in its decision to support Birmingham Hippodrome’s B-SIDE Hip-Hop Festival.

Installed on the side of Birmingham Hippodrome on Thorp Street, the mural portrays a dancer called Bee Girl, (playing on B-GIRL dancers), alongside messages of peace, love and unity, representing the diversity of Southside. The dramatic artwork is the height of four double decker buses and took a week to paint.

The mural installation is complemented by a new Southside graffiti trail created with B-SIDE Hip-Hop Festival co-producers High Vis Festival and Afroflux. A self-guided trail route is available to download via a QR code on the Birmingham Hippodrome website and social media channels.