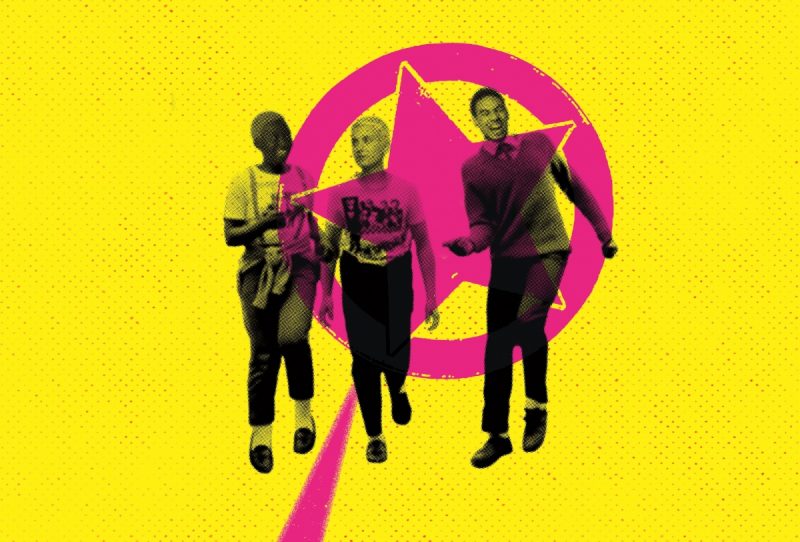 The Autumn season opens with the return of The Lovely Bones (6 – 21 September).  Commissioned by The REP and premiered in 2018 to critical acclaim, Melly Still returns to direct Bryony Lavery’s uplifting adaptation of Sebold’s story about life after loss, ahead of a new UK tour.

Following two sell-out runs at the National Theatre and a world tour, Inua Ellams’ acclaimed Barber Shop Chronicles (26 – 28 September) comes to The REP. Directed by Olivier award-winning director Bijan Sheibani, Barber Shop Chronicles is a heart-warming, hilarious and insightful new play that leaps from a barber shop in Peckham to Johannesburg, Harare, Kampala, Lagos and Accra over the course of a single day.

Robert Lindsay stars in Prism (4 – 12 October), Terry Johnson’s delightfully witty and poignant play based on the extraordinary life of double Oscar-winning cinematic master Jack Cardiff; the man who made Hollywood’s greatest divas beautiful and who lived a life as colourful as his cinematography.  Part fact, part fiction, Prism, sees Cardiff retired and wanting to live in the past rather than remember it. Prism is a co-production between The REP and Hampstead Theatre following the play’s sell-out run in London in 2017. It opens at The REP ahead of a UK tour.

Promising an adaptation like no other of Jane Austen’s definitive rom-com is the breathtakingly- talented Blood of the Young’s Pride and Prejudice* (*sort of) (15 October – 2 November) which caused a sensation last year at the Tron Theatre, Glasgow. In a new scaled-up production, this unique and colourful take on Jane Austen’s unrivalled classic is an irreverent all-female adaptation featuring a gloriously subversive love letter to the 19th century original and a killer karaoke soundtrack. A co-production between Birmingham Repertory Theatre and Edinburgh’s Royal Lyceum Theatre.

Hanif Kureishi’s iconic and ground-breaking 1985 film, My Beautiful Laundrette (5 – 9 November) comes to the stage in a bold new production directed by Nikolai Foster, Artistic Director of Leicester Curve. Set in London during the Thatcher years, Kureishi’s story of a British Asian community explores issues of sexuality, cultural conflict, gender equality, class and generational strife, all presented against a funky backdrop of 80s music and culture.

The Autumn season in the main house also includes Stephen Daldry’s landmark production of An Inspector Calls (12 – 16 November). Visionary, radical and challenging this version of JB Priestly’s classic thriller, hailed as the theatrical event of its generation, has been seen by more than 4 million people worldwide and was last seen at The REP in 2008.

For Christmas 2019 a fresh and spectacular, new staging of Peter Pan (30 November – 19 January) sees the return of director Liam Steel following his highly-acclaimed production of The Wizard of Oz last year. Filled with swashbuckling adventure the eternal classic Peter Pan is the perfect festive show for adventurous children and those still young at heart.

Rebel Music (19 September – 5 October) is the latest play from Birmingham born-writer, Robin French, co-created and directed by Alex Brown, commissioned by Birmingham Repertory Theatre  and presented in association with Middle Child. Set in the sweltering hot summer of 1976, Rebel Music is the story of three friends who are forced to navigate racial politics and social upheaval alongside their own turbulent teenage years.  A raucous celebration of people power, set to a soundtrack of Punk, Reggae and 2Tone, Rebel Music will also tour to local community venues as part of The REP’s ongoing commitment to making theatre accessible to all.

Prime Time (23 – 26 October) is a new piece of theatre and the third collaboration between The REP and Women & Theatre exploring themes of women in work. Comprising three monologues by three playwrights – Maeve Clarke, Rachael Mainwaring and Rochi Rampal and featuring Janice Connolly, Prime Time explores the experiences of women of retirement age; those still working through choice or necessity, full-time carers and those embracing new opportunities for the final third of their lives.

An uplifting tale inspired by the true story of a young man with a debilitating stammer is told in a new play by Pravesh Kumar and British Asian rapper, Raxstar for Rifco Theatre Company.  Mushy: Lyrically Speaking (26 – 28 September) tells the story of Musharaf Asghar who found himself at the centre of the television documentary, Educating Yorkshire in 2013.  In a moment of inspiration from his teacher, Mr Burton, he started to find a rhythm in his voice through music. With his story playing out on television, Mushy became an overnight celebrity, but this was only just the start of his journey to find his voice.

A re-imagined version of One Under (19 – 23 November) by award-winning playwright Winsome Pinnock and director Amit Sharma (recently announced as The REP’s new Deputy Artistic Director) for Graeae visits The REP as part of a national tour. First produced in 2005, the re-written One Under is an evocative play about the power of guilt and quest for atonement, exploring the fragility of human relationships. When a young man jumps in front of a train Cyrus is driving, the mysterious circumstances prompt him to search for answers. One Under will include a creative combination of captioning and audio description.

Theatre for younger audiences sees the return of the delightful Penguins – a warm and engaging story about friendship, acceptance and the ever-changing definition of what makes a family. Created and directed by Paul Bosco McEneaney and co-produced by The REP, Cahoots NI and Prime Theatre the show returns to Birmingham ahead of a 20-week tour of the US.

Elsewhere theatre for children and families includes Lyngo Theatre’s What A Wonderful World (14 September) and Down in The Dumps from The Play House (5 October) and Comedy 4 Kids and Simple Politics’ How Does This Politics Thing Work Then? (26 October). Search For The Second Star (19 – 21 December) is an immersive experience developed in partnership between The REP and Open Theatre Company designed as a companion piece to Peter Pan to engage young people with learning disabilities.

The biennial BEDLAM Festival returns to get people thinking and talking about mental health through the arts. The festival is produced by The REP in partnership with Birmingham and Solihull Mental Health NHS Foundation Trust, Midlands Arts Centre, Sampad South Asian Arts and Geese Theatre to promote positive mental health and wellbeing with a programme spanning theatre, dance and visual arts.  Highlights include two new plays which explore the rising epidemic of male suicide – The Thing (4 – 5 October) by Les Enfants Terribles and Revolving Door (8 October) by Polly Wright and the Hearth Centre, plus a third new play Playing The Game (9 – 10 October) about mothers in prison created by Geese Theatre Company using interviews conducted at a UK prison.

The REP is delighted to be collaborating with Birmingham’s Fierce Festival (15 – 20 October) in the autumn to present three surprising and provocative performances:  In Many Hands by Katie McIntosh – a performance that brings the audience into a tactile, multi-sensory situation; Familiar – a twinset of performances on significant otherness, one each written by Gillie Kleiman and Greg Wohead and performed by the other, and Working With Children by Nicola Gunn – a performance essay that looks at the problem of intimacy and exposure.

As part of the city-wide SHOUT Festival is Split Britches’ Unexploded Ordnances (UXO) (16 November). Combining a Dr Strangelove-inspired performance with a daring forum for public conversation, audience members are invited to discuss the global issues of the day as the company weave in satirical insights and humour. SHOUT festival will also present a showcase of work-in-progress performances from the next generation of queer Midlands theatre-makers in Queer And Now (9 November).

Music Theatre Wales return with The Intelligence Park (4 November) – Irish composer, Gerald Barry’s first opera which premiered in 1990 at the Almeida Festival and now performed in Birmingham for the first time.

Inspired by Greek tragedy, Beneath The City will be performed by a chorus drawn from The Young REP and members of the theatre’s Adult Drama Company alongside refugees and asylum seekers in collaboration with Upstart Theatre (14 – 17 January).