Birmingham Weekender is back! 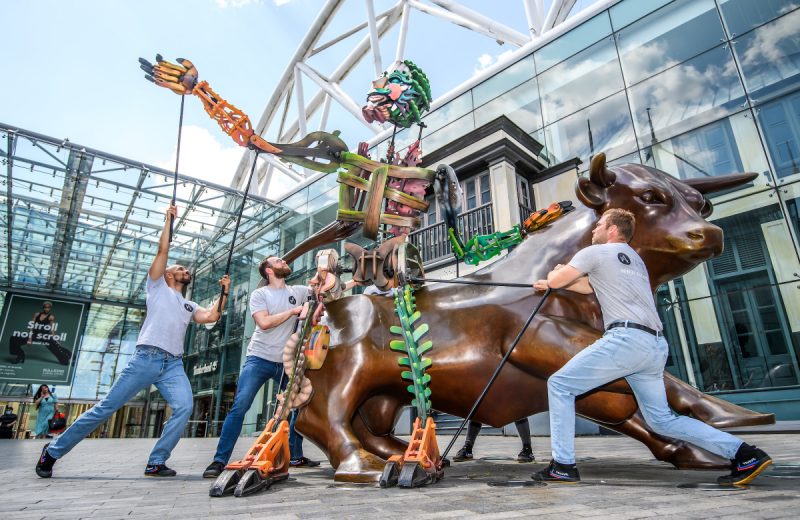 Birmingham Weekender returns this summer with over 100 free events to enjoy at Bullring & Grand Central. Between Friday 27th – Sunday 29th August visitors to the city will be able to enjoy a programme of events throughout the centre as well as the surrounding New Street Station concourse, Birmingham Markets and 1000 Trades Square.

The cultural festival, funded by Bullring & Grand Central, Birmingham City Council, Birmingham Hippodrome and Arts Council England, will combine a mix of dance, music, film, performances and installations across the shopping destination featuring many of the best artists from Birmingham and the West Midlands.

Produced by Birmingham Hippodrome, Birmingham Weekender will take over the entire footprint of the beating heart of the city with events taking place on the malls, in shop units and in some of the outdoor areas including Rotunda Square and St Martin’s Square, and the Bull will be getting dressed up for the occasion too.

Performers confirmed for the event include Adam Carver aka Fatt Butcher who will bring their pop-up Big Gay Disco Bike for the ultimate Bank Holiday party, the Johnny Autin Dance Theatre will showcase their Out of the Deep Blue performance fronted by EKO puppet and Leamington Spa-based Motionhouse will showcase their WILD production. The full schedule for the event will be unveiled in the coming weeks.

There is also an opportunity for local residents to get involved as a volunteer to support the delivery of Birmingham Weekender with more details being released over the coming weeks.

Some timings are subject to change, visit www.bullring.co.uk/birmingham-weekender for more information.