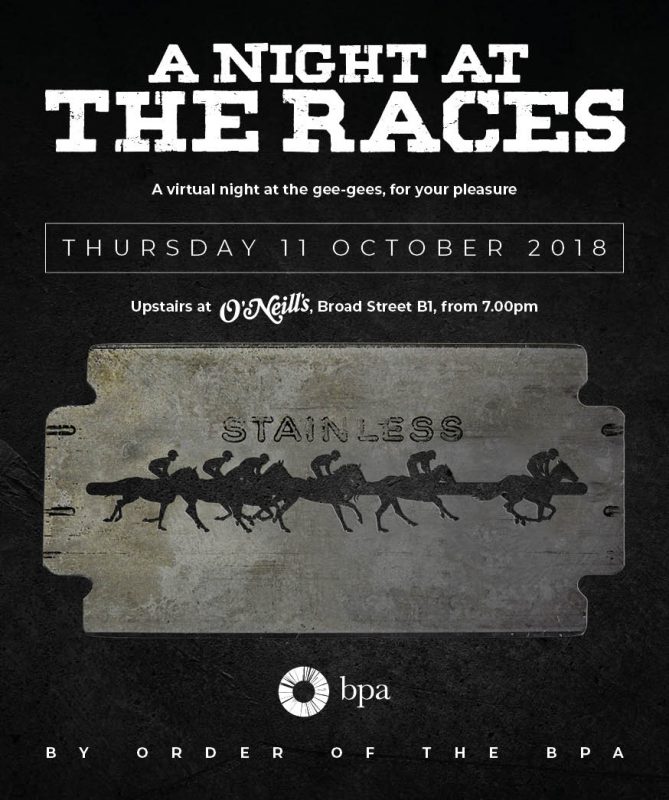 Although the summer Racing season maybe over, the Birmingham Publicity Association are showing they can go the distance with next month’s networking event with a twist.

Chomping at the bit for another fundraiser, the BPA, which brings together creative industries throughout the city, is hosting ‘A Night At The Races’.

The virtual night at the gee gee’s event, which is a first for the group, will be held on Thursday 11th October upstairs at O’Neill’s on Broad Street from 7pm.

Teams of budding betters and racing pundits are being invited to join the BPA in their latest adventure, which will be raising funds for the LoveBRUM charity which helps causes throughout the city.

There will be seven races in total, with the first one starting at 8pm sharp. Tickets cost just £15 for BPA members and £20 for non members. 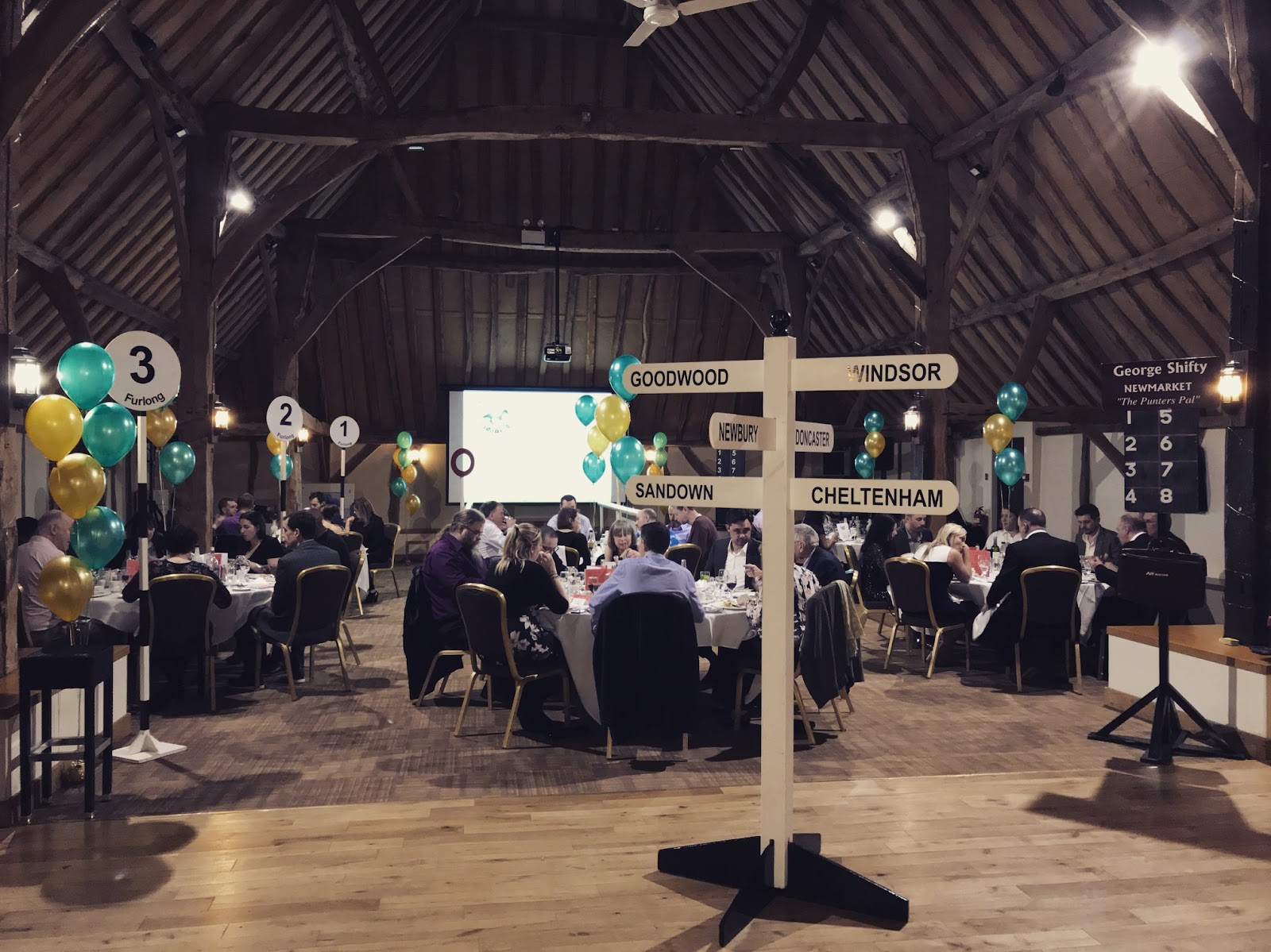 The Birmingham Publicity Association aims to unite those working in the creative industries across the West Midlands and is a great way to network and have fun at the same time.

The BPA has existed since the 1930s, supporting the media and creative industries in the region, while raising money for key charities that its members wish to support. Its members include global organisations to sole traders, graduate trainees right up to CEOs and MDs, media owners and agencies, advertising and marketing agencies, digital agencies, PR agencies and freelancers.

Caroline Chell, Chair of the BPA said: “This is a bit of a different night for us to hold but we are always pushing the boundaries and wanting to make our events fun and creative – while giving people the chance to network within the creative industries. And being able to raise money at the same time is a bonus and in our time we have raised hundreds of thousands of pounds for charities across Greater Birmingham.”