Experience cricket like never before with Birmingham Phoenix at The Hundred 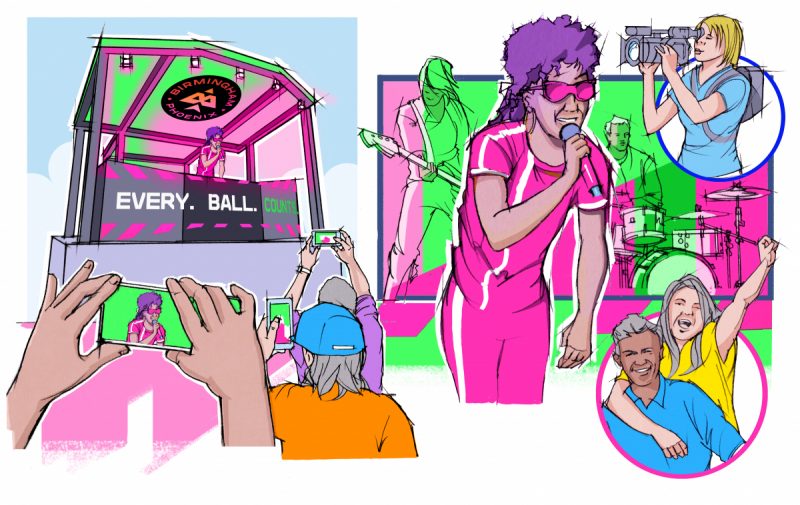 This summer, The Hundred – a brand-new 100-ball cricket competition – is coming to Birmingham’s Edgbaston Stadium for four unmissable home fixtures, action-packed with fantastic sport, live entertainment and show-stopping moments for the whole family.

The region’s newest sports team, Birmingham Phoenix, are competing in the inaugural season of The Hundred, with Edgbaston Stadium hosting four matchdays, featuring both men’s and women’s games back-to-back.

The first home matchday takes place on Friday 23rd July when Birmingham Phoenix take on London Spirit, with the women’s team getting underway at 3pm and the men’s team at 6:30pm. On Sunday 1st August, both teams play Trent Rockets, followed by matches against Oval Invincibles on Wednesday 4th August, and Welsh Fire on Monday 9th August.

Packed with excitement for families, friends and sport-lovers alike, The Hundred is a fun-filled event making cricket more accessible than ever before by changing up the fan experience. The Hundred brings a shorter, fast-paced and simplified game to engage a wider audience, alongside extra entertainment and affordable tickets.

Encouraging engagement with the game and the star players, The Hundred has introduced an all-new entrance to the playing arena – giving guests the opportunity to rally behind their teams and give their cricketing heroes the welcome they deserve to the game.

Supporters can also enjoy an up-beat live performance from Birmingham’s own Lady Sanity at Edgbaston Stadium. Well known for tracks such as “Deep It”, “L.O.V.E” and “Time and Space”, the artist will perform at Birmingham Phoenix’s first home game on Friday 23rd July. What’s more, BRIT and Grammy-nominated DJ Jax Jones will perform The Hundred’s Anthem, “Feels”, live at the final at Lord’s in London on Saturday 21st August.

As well as the excitement of the four home fixtures, Birmingham Phoenix fans will have plenty to discover at Edgbaston Stadium, including the chance to become part of The Hundred Club and receive a special VIP package designed for the whole family. Members can enjoy some of the best seats and interactive games, while being in with the chance to meet players and cricket legends.

Craig Flindall, Birmingham Phoenix general manager and chief operating officer at Edgbaston Stadium, commented: “We’re so excited to welcome fans to Edgbaston Stadium next month for The Hundred so more people than ever can enjoy cricket.

“With a jam-packed line up of exciting cricket fixtures and live music performances, we’re looking forward to seeing fans of all ages come together to support Birmingham Phoenix. We’re proud to make cricket more accessible to all – inspiring the next generation, as well as bringing families together to enjoy the sport.”

The Hundred will see sport and entertainment collide on a scale never seen before as world-class cricket and a strong line-up of live music fuse to create one of the must-see events of the summer.

Tickets start from just £12 for adults; £5 for under 16s, and under 6s go free. For more information and to book tickets to Birmingham Phoenix’s four home fixtures, please visit www.thehundred.com.