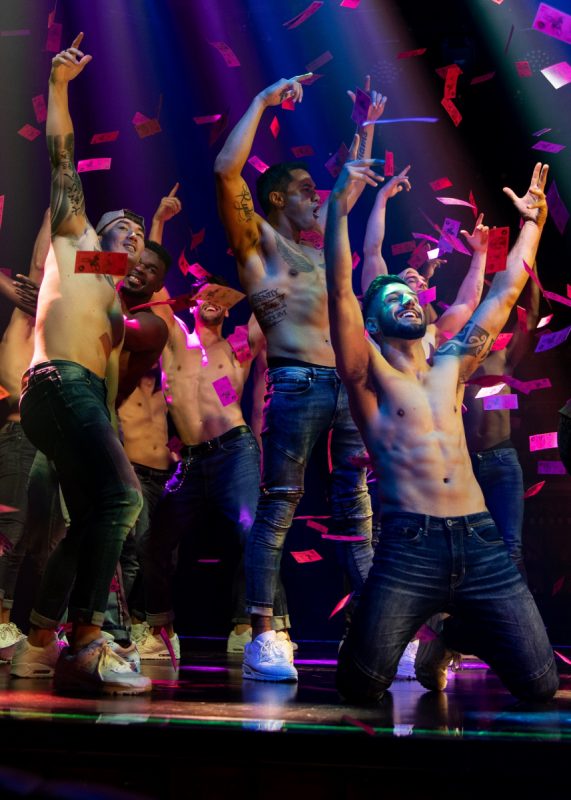 With more dancers, bigger numbers and more spectacle than ever before, this will be the first time a live performance of Magic Mike has ever been staged outside of an intimate, cabaret-style space.  The Arena Tour will be live in Birmingham on 30 May 2022.

Following two hugely successful films starring Channing Tatum and the hit Live show at the Theatre at the Hippodrome Casino in London, the show’s producers and creative team felt it was time to develop a new Magic Mike production to bring to people in other parts of the UK to celebrate the rebirth of live entertainment.

Magic Mike Live Co-Director Alison Faulk said, “This is not Magic Mike Live with more seats. Our arena tour is something totally different. After a year of isolation and frustration, we want to give women something that makes them feel alive again… a sort of celebratory revival that makes them want to stand on their chairs, dance with their friends and feel connected to each other. The show is a once-in-a-lifetime celebration of togetherness, sexuality and freedom that only an arena can hold. We want our guys to give our fans the best night of their lives with a party they’ll never forget.”

Magic Mike The Arena Tour is a new project that builds on the dance, spectacle and fun of the much-loved films and London show. It will be a complete evening of unparalleled entertainment for guests aged 18 and up. A group of extraordinary artists from around the world will perform a sultry dance and acrobatic spectacular on an incredible scale. Sexy dance routines intertwined with one-of-a-kind acts, will be presented by a diverse cast of performers from around the world.  The Arena Tour will feature an elaborate series of stages and runways spanning the length of the arena floor, punctuated by massive screens, incredible visual effects, a live DJ, and of course some of the hottest, most talented male dancers in the world. It’s a celebration of fun and freedom that will blow the roof off the arena.

Magic Mike Live has become an international sensation since opening in Las Vegas in April 2017.  In addition to breaking box office records and performing to sold-out audiences in Las Vegas and London, the show premiered in Berlin in 2020 and the Australia national tour opened in Sydney in December 2020.