Birmingham is set to be a staycation hot spot this summer given current travel restrictions. To celebrate the brand’s third store opening in 12 months, Kick Game has partnered with British rapper and songwriter MIST who launched the store this bank holiday with a surprise ‘Shopping for Sneakers’ appearance. The new store had impressive queues for the 90 minutes ahead of Saturday’s official opening, as well as queues all weekend with a constant stream of customers obeying social distancing and capacity guidelines. Kick Game gave a special offer to their new store’s first official customer and DJ Gavin Omari DJed in-store. 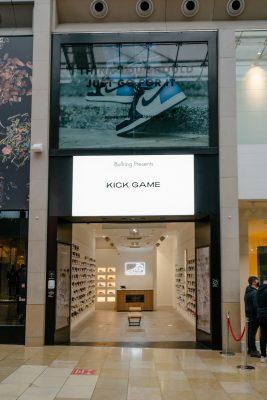 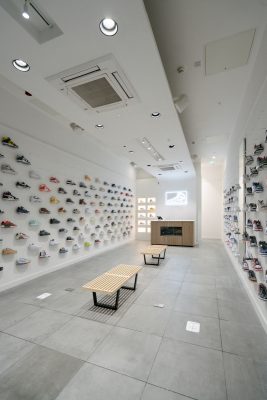 Kick Game is a UK-based premium footwear and apparel retailer offering the rarest and most exclusive sneakers from Air Jordan, Yeezy, Off-White, Nike, Adidas and more. With two retail stores in London – Covent Garden and Mayfair’s iconic Burlington Arcade – Kick Game’s Birmingham outpost is the first venture outside the capital. The new store is home to an assortment of in-store activations and experiential programming with A-lister collaborations and sneaker reveals in the pipeline, including exclusives for the Bullring store.

Alicia Thompson, Managing Director at Kick Game says: “We are thrilled to be continuing our store expansion with this new store opening. The Bullring & Grand Central is one of the most iconic shopping destinations in the UK and it marks a momentous milestone for our brand, it champions the in-store retail experience that has been so missed in recent months. Our online business has done very well over lockdown, but the physical and experiential retail experience is a huge part of our strategy – and what our customers love. We cannot wait to welcome customers into our new Birmingham store this weekend”. 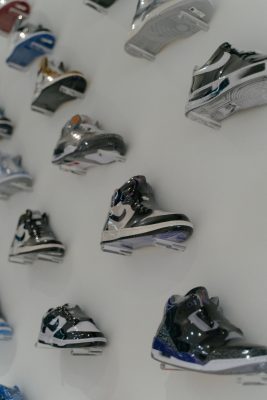 Earlier this year, Kick Game partnered with supermodel Jourdan Dunn and emerging artist Eva Apio, to launch a charity campaign celebrating International Women’s Day. The two icons hosted a social auction of rare hand-signed Kick Game trainers to champion female style and “sneakerheads” globally and raise proceeds for Young Women’s Trust – a feminist organisation working to achieve economic justice for young women and offering support to those living on low or no pay who want to build a better future.

This month, Money Can’t Buy Happiness rapper and entrepreneur Fredo announced a multi-million pound deal with Kick Game. The partnership deal will see Fredo hosting a number of events and launches at Kick Game stores over the next few years. Kick Game co-Founder Robert Franks, called the deal “Ground-breaking”, stating that: “Kick Game’s revenue over the last 12 months has grown from £2million to £15million, placing us as potentially one of the fastest-growing companies in our sector. This deal is ground-breaking for a business of our kind.

Find out more at www.kickgame.co.uk