Belgrade Brings Shakespeare Bang Up To Date With ‘Nothello’ – described as ‘absurdist, anarchic, insightful and witty’ 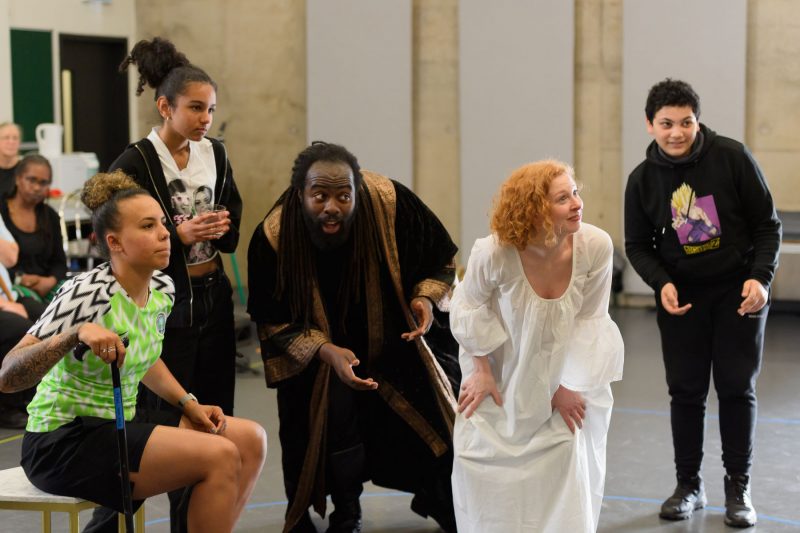 Belgrade Theatre is bringing you an all-new take on the Shakespeare classic, Othello. This one-of-a-kind show will feature in Coventry UK City of Culture from Saturday 7th to Saturday 21st  May, and will include a mixed heritage community chorus from across the city. Described as “absurdist, anarchic, insightful and witty” the show dives deeper into the relationship between Othello and Desdemona, whilst exploring what it is to be of mixed heritage.

The Belgrade Theatre production delves further into the play’s rich legacy, and aims to combat negative stereotypes that surround black men and which were present in Shakespeare’s original script, helping to create a whole new narrative and character growth that wasn’t seen in the original play.

“Maybe we can imagine a version of Othello for today, where it’s not a tragedy anymore but a romance. Where Othello and Desdemona can start all over again, full of love and possibility – full of hope and wonder.”

The star-studded cast that was recently announced features a Belgrade Theatre familiar face, Aimee Powell as Desdeknownow, Told by an Idiot and Charlie and Stan actor Harris Cain will play the role of Nothello. The show will also feature Rayyah McCaul as Desdemona/Emilia, Gabriel Akamo as Othello/Otis, and Chicago superstar, Alex Scott-Fairly, as Iago/Colin.

Theatre Director and Deputy Artistic Director, Justine Themen, who is known for her inspiring work around diversity, is actively striving to bring forward a more integrated and diverse outlook to contemporary theatre, which is showcased through her newest venture, Nothello.

The show is a celebration of culture and a fitting way of rounding off Belgrade’s contributions to Coventry UK City of Culture, its insightful nature but witty humour that features throughout, make it a must see for theatre lovers this Spring.

Nothello runs in the Belgrade’s B2 auditorium and tickets are available by phoning the Box Office on 024 7655 3055 (phone lines open 10:30am – 2pm, Mon – Sat), or visiting www.belgrade.co.uk where tickets are even cheaper.

With a My Belgrade Subscription package, you can SAVE 15% when you book for 3 or 4 shows in the Belgrade’s Spring/Summer Season (March-July) and a massive 25% when you book 5 or more participating shows. Discounts only apply to full priced tickets in all but the lowest price bands.