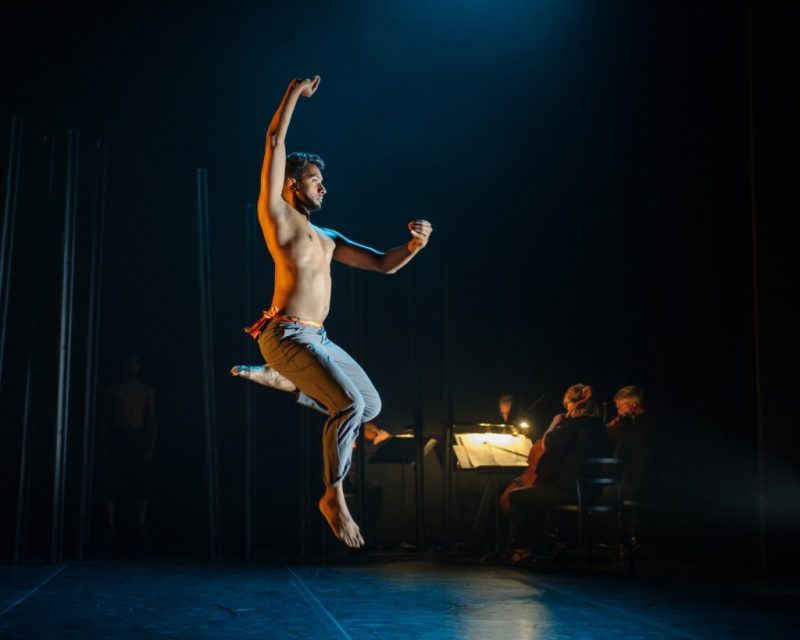 We spoke to Sooraj Subramaniam ahead of the show:

Q: Could you tell us more about your family’s story and how that inspired Material Men redux?

My grandparents left India to follow work opportunities in Malaya. Although they didn’t travel via the indentured labour route, the onset of WW2 meant travels back to India became impossible, and so they settled in Malaya. Being a part of the Indian diaspora meant the family had to forge new identities. They had to attempt to retain their Indian-ness in South East Asia amidst the chaos of the Japanese occupation and the British departure.

Q: Was it unusual for someone in your family to want to be a dancer? How did you get started?

No one in my immediate family danced. However, having studied some music and Sanskrit at school my maternal grandmother had a cultural inclination and aspired for her grandchildren to be connected to their ‘roots’ through classical dance and music. She enrolled me and my sister in classes at the local temple and we, without much argument, accepted our cultural hobbies! 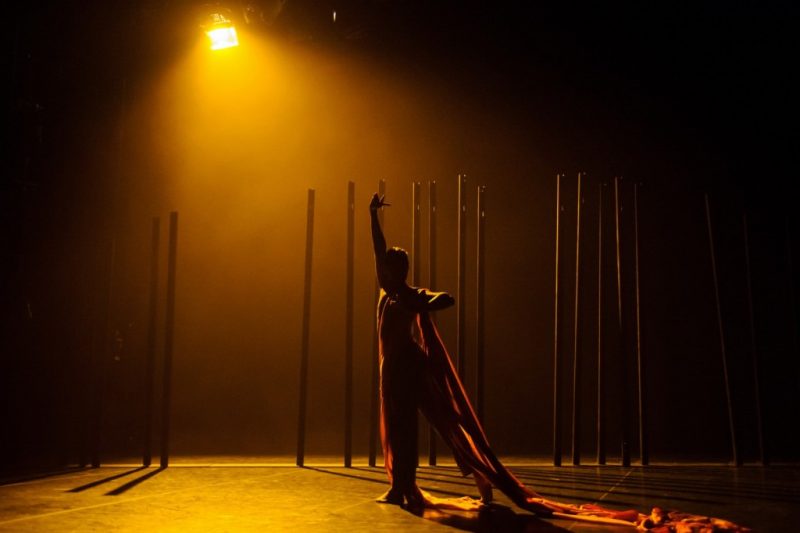 Q: We love the idea of a dance-off between you and hip-hop dancer Shailesh Bahoran. How does that work on stage?

The dance-off is a familiar part of the hip-hop dance genre but we have our own version in Indian classical dance. There are “call and response” passages where two dancers, or a dancer and musician, might offer each other little rhythmic or melodic passages, creating a volley of intricate patterns. The idea isn’t so much to out-do each other as to have a friendly sparring session! It is this ease and familiarity that is recreated on stage with Shailesh – much of it is choreographed, of course, but we get to indulge and find play within those moments.

Q: Did you and Shailesh learn things from each other while you were making and performing the piece?

Shailesh is capable of such extremes through his body, tension and torque playing out as sinew and muscle. This comes from his daring to play, a fearlessness to engage with the unknown – I’ve taken this as inspiration in my own dance explorations. 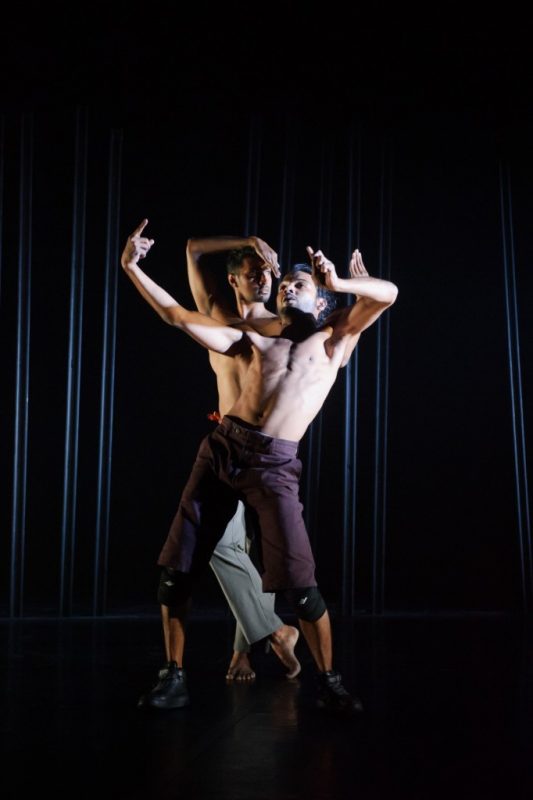 Q: You’ve performed in a number of productions created by choreographer Shobana Jeyasingh. What do you like most about working with her?

That she is meticulous in how she considers her compositions, and that she reads, reads, reads so much around the topic of her choreographies. Her work is demanding, and has challenged me to physical extremes. In contrast, as a person she offers a quietude that’s calming and respectful. And there’s a humour that twinkles gently like one of her earrings, catching you off guard!