Leicester Comedy Festival (7th – 25th February) today launches its 2018 festival line-up with a bumper 164 page brochure, featuring 836 events across 69 venues, performed by 613 comedians and performers; an increase of 8.5% on last year. The festival is the longest running comedy festival in the UK, having taken place every February since 1994, and now regularly attracts over 120,000 people to venues across Leicester and Leicestershire throughout the 19 days.

Continuing its theme of being the Official Comedy Party, Leicester Comedy Festival plans to build on the success of the last 25 years and continue in its mission to get the UK laughing again. And with a huge variety of unique events, performances and discussions, anyone can join the party in 2018 – just get to Leicester in February and be immersed in the festival spirit.

Leicester Comedy Festival is run by Big Difference Company (registered charity 1135167). All surpluses made by the charity are invested back into the event and used to support new comedy talent; the festival has a long tradition of providing a platform for new and emerging comedians.  Projects such as Leicester Mercury Comedian of the Year Competition, UK Pun Championships and Silver Stand Up Competition have helped launch the careers of numerous comedians across the last 25 years (including Johnny Vegas, Romesh Ranganathan, Rhod Gilbert, Jason Manford & Josh Widdicombe). For 2018 the festival launches Circuit Breakers; a development programme to help support comedians wanting to perform at the festival and break into the UK comedy scene, meet agents, producers and members of the UK comedy industry.  The festival also provides a platform for other charities to raise money and profile; in 2018 these will include Comic Relief, LOROS Hospice, Charity Link, Prostaid and The Real Junk Food Project.

Geoff Rowe, founder and Director of the festival said: “For 25 years we have supported new and emerging comedy talent, with many of the comedians who began their careers with us now world famous entertainers. In 2018, we will be celebrating our achievements in style, with a huge selection of acts, from those just starting out to household names, plus more unmissable events unique to the festival than ever before, including Heavenly Laughter in Leicester Cathedral and a bumper birthday party show, as well as festival favourites Leicester Mercury Comedian of the Year, the UK Pun Championships and #UKPunDay.” 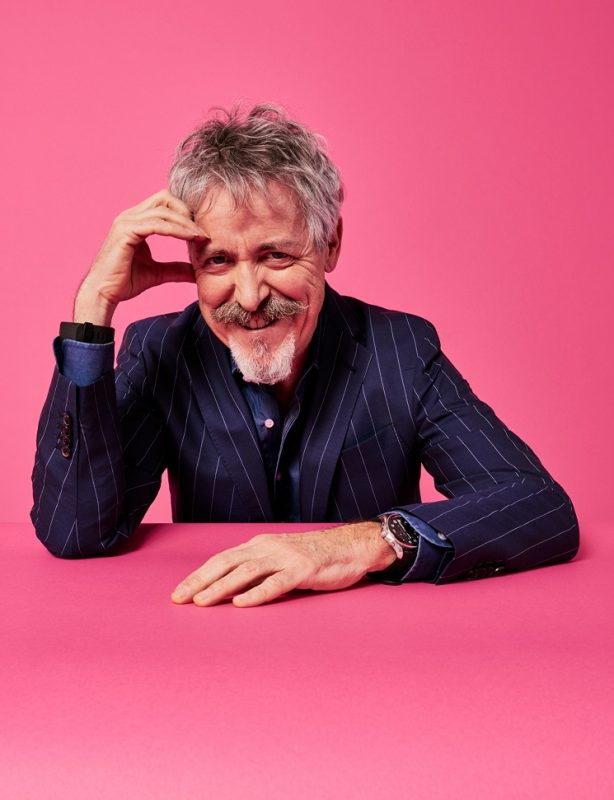 A Funny City exhibition, made possible by National Lottery players, will run throughout the festival focusing on the history of comedy in Leicester.  It will include memories and memorabilia from members of the public and promoters including Alan Seaman, Kev F and Nicola Ward who ran the Leicester based comedy club ‘And Y Not’ at venues including The Y Theatre and Bar Gaudi. The exhibition, which will also feature archive material from the last 25 years of Leicester Comedy Festival, and has been produced by Big Difference Company in partnership with organisations including De Montfort University and BBC Radio Leicester.  Funding for the exhibition was secured from Heritage Lottery Fund (HLF) and Jonathan Platt, Head of HLF East Midlands, said: “It is fantastic that the 2018 Festival will not just be featuring the best of today’s comedians, but also the rich history of comedy in Leicester over the last 25 years. So many of the UK’s best and most successful comics have performed in Leicester over the years, and we’re delighted that National Lottery players have been able to support this celebration.”

SPECIAL EVENTS TO MARK THE FESTIVAL’S 25TH ANNIVERSARY INCLUDE:

An Interview with Harry Hill

In 1994, a guy called Harry Hill performed as part of the very first Leicester Comedy Festival. Since then Harry has come a long way and he is now one of the UK’s most loved comedians. Multi award-winner Hill has presented numerous TV and radio shows and in Autumn 2017 he published his latest book ‘Matt Millz’ about the youngest stand-up comedian in the world.  The in-depth interview will be conducted by Festival Director, Geoff Rowe.

An Interview with Dave Johns

Dave has long been one of the most respected comedians working in the UK, however, he almost gave up comedy to manage donkey rides at Whitley Bay. In this interview with Festival Director Geoff Rowe, Johns will talk about getting the call from film director Ken Loach and starring in the Palme d’Or and BAFTA-winning film, I, Daniel Blake in 2016.

A show to celebrate 25 years of Leicester Comedy Festival. A whopping 25 comedians all under one roof, in one night. The evening will be hosted by “top class” stand-up Lloyd Langford and star of Peter Kay’s “Phoenix Nights”, Mrs Barbara Nice. More acts and special guests will be announced shortly.

In place of the normal comedy finale event, Comedy Heaven, a very special show, celebrating a very special birthday. Leicester Comedy Festival will celebrate 2018 with an incredible line up of festival acts and even a special guest or two. In aid of registered charities Prostaid (1116935) and Big Difference Company (1135167).

An exhibition highlighting the history of comedy in Leicester and the development of Leicester Comedy Festival since 1994.

A new project for 2018, based at Moat Community College and supported by De Montfort University. The “school” will run throughout the February half term (12-16th February), teaching young people aged 13-18 the basics of comedy performance and culminating with a performance on the Friday evening

Join one of the UK’s top comedians as they host a special Comic Relief Live show at Leicester Comedy Festival, bringing a line-up of some of the most exciting up-and-coming comedy talent. The money raised will support Comic Relief to help people around the world, as well as here in the UK.

Beyond A Joke seminars & lectures:  Topics this year include disability and comedy, accessibility, religion and offence and the history of Leicester Comedy Festival.

The UK Pun Championships and UK Punday: A total sell-out for the past three years, The UK Pun Championships celebrates the great British pun with contestants from across the UK. Around the country, pun fans share their own wordplay across social media with the hashtag #UKPunday. The event will take place on Punday 12th February 2018 at De Montfort Hall.

Comedy in the Dark: This innovative show is a homegrown festival creation, which has gone on to delight audiences with the lights out all over the country. Senses are heightened; language takes on new life and laughter sounds even louder in the dark. Also returning in 2018 will be a special Comedy in the Dark For Kids.

Hotel D’Comedie: Another original festival creation which has audiences checking in year after year; this intimate site-specific comedy experience will be at Hotel Maiyango in Leicester, and Holywell House in Loughborough.

Secret Tour is another consistent festival sell out. Can’t decide what to see? Audiences are invited to book a place on a tour to see three shows in one night.

Silver Stand-Up Competition returns as Leicester Comedy Festival continues its search for the UK’s best seasoned stand-up talent. Entry is for both new and experienced comedians strictly over the age of 55. The competition grows each year; previous winners have been featured on BBC Breakfast News, Saga Magazine and Sunday Times Culture Magazine.

I Say is the annual comedy conversation, and this year features special guest Sara Pascoe.  Supported by Equity and hosted by De Montfort University.

The complete programme is available now www.comedy-festival.co.uk with tickets on sale from 1st November.