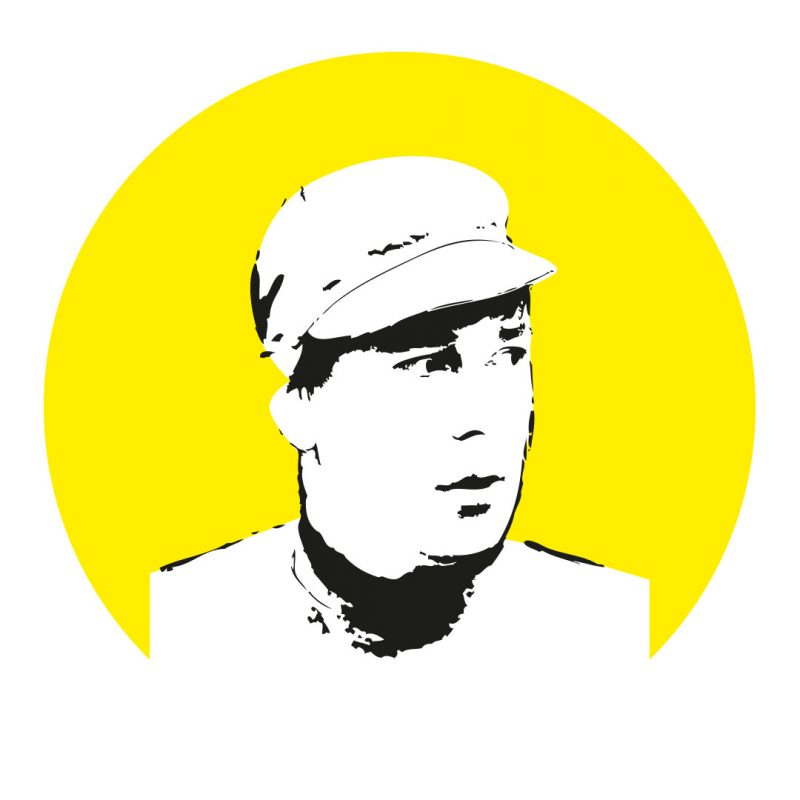 Ever heard of Joe Orton? If you have then you’ll already love his work. If you haven’t then you’ll have felt his influence in pretty much every theatre production, screen play and modern feature film of the last fifty years and now’s a plan to remember him in the centre of Leicester’s Cultural Quarter, Orton Square.

A subversive icon, Orton shocked, outraged, and amused audiences with his scandalous black comedies such as Loot, Entertaining Mr Sloane and What the Butler Saw. His career, although short lived, was incredibly significant, influencing future generations of writers, so much so that his unique style has given rise to the adjective ‘Ortonesque’ to describe work that blends the comic and the macabre.

His life, as revealed in his diaries, (a must read if ever there was one) was as scandalous as his plays, and he died tragically at the age of 34, murdered by his lover, Kenneth Halliwell, in 1967.

One of the first writers to put LGBT characters on stage, this Queer boy from a Leicester Council Estate rode roughshod over the establishment, partied with royalty and even wrote a film for The Beatles.

“A statue of Joe will ensure that a great writer is not forgotten, raise awareness of Leicester’s rich literary heritage and serve as an inspirational reminder that talent is everywhere and art is for everyone, regardless
of social background or circumstance”says Leonie Orton and it’s an opinion shared by some real Hollywood heavyweights including Sir Ian McKellen and Alec Baldwin as well as a host of famous authors, comedians and actors who are all lending their weight to the fundraising campaign.

To find out more about the project and Joe’s work or to support the campaign and be a #friendofjoe visit www.spacehive.com/joe-orton-statue-appeal or you can follow the @JoeOrtonStatueAppeal on Twitter and Instagram