The days may have gotten shorter and colder but that doesn’t mean you have to hibernate all winter.

We’ve rounded up our top picks of events across the Midlands this November.

The REP brings the best-selling novel to the stage for the very first time. Susie Salmon is just like any other young girl. She wants to be beautiful, adores her charm bracelet and has a crush on a boy from school. There’s one big difference though – Susie is dead.

Following his sold out ‘King of the North’ shows last year Manchester grime icon Bugzy Malone has announced a huge UK tour for October/November 2018. The ‘B. Inspired’ tour is the biggest headline tour to date by any grime artist and will see him perform to a total of 38,000+ people.

Following a huge tour earlier this year, 5 Seconds Of Summer are back for the Meet You There headline tour, in support of their highly anticipated new album, Youngblood.

A hilarious cabaret musical about depression, that explains, sings, and throws glitter about how it’s OK not to be OK.

After nearly a decade since the last sell-out UK tour, Cameron Mackintosh’s acclaimed Broadway production of Boublil and Schönberg’s musical Les Misérables will open at Curve this November!

Sigrid has become the most exceptional breakout star of the year. Since being crowned the BBC Sound of 2018, she’s been selling out shows across the globe and continuously releases singles which dominate the charts. Winning over fans with her incredible live performances, pop anthems and non-conformist attitude, she’s now set for her biggest UK headline tour to date, which will prove just how far she’s come in twelve months.

Celebrating his 10 year anniversary since exploding onto the scene in 2008 with his debut album ‘Man Like I’, Natty and his band the Rebelship has been busy remixing old classics and creating new tracks for a Limited Edition package to be released this September prior to this highly anticipated tour. 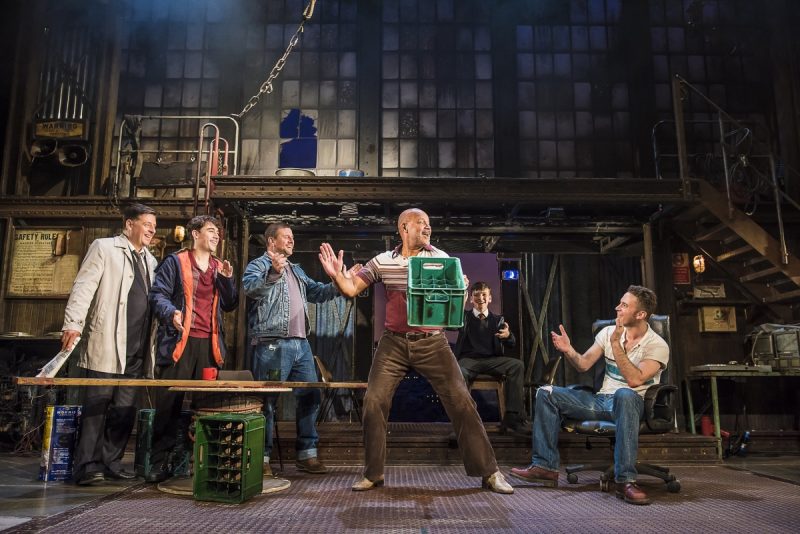 The message Four of Diamonds are sending out is important in the current climate of pop, culture, the world. Empowering, unique and fun – not to mention talented – the four girls, Caroline Alvares, Yasmin Broom, Lauren Rammell and Sophia Saffarian, are doing something that is a step away from the usual pop sphere. The first all-girl band to be signed to Virgin since the Spice Girls, the four bring vibrant positivity and a modern agenda of woke-ness to their music.

Multi-platinum selling artist Jessie J returns with live dates in 2018 and brings The R.O.S.E Tour to venues across the UK this November.

An intimate look into the quieter moment of  Dr Martin Luther King Jr’s life, The Mountaintop chips away at the myth of the great man to expose his fears about his family, his country and the ever-looming threat of a violent death. Set during the height of America’s Civil Rights Movement on the night before his death, Katori Hall’s sharp and powerful play confronts the legend and his legacy. Are we really free or do we live in a world of false liberation?

All You Need is LSD
15th-17th November @ Belgrade Theatre

Presented by Told by an Idiot in partnership with Birmingham Repertory Theatre, this exhilarating comedy playfully dissects the UK’s ongoing drugs debate, exploring questions around personal freedom, and weighing up claims about both the risks and benefits of “recreational” drugs.

Ross Noble returns to dance around the stage spinning out all the nonsense in his head into a hilarious stand up show. At some point, he may wander into a shadowy part of the stage and look a bit shadowy.

This follows the news of Florence + the Machine’s hugely-anticipated fourth new album, ‘High As Hope’, which already has the feel of a career-defining moment for Florence, venturing into new territory as much as it reaches back to one’s roots.

Jess Glynne is coming back in Brum with her latest UK tour ‘Always In Between’. Celebrated for her intimate yet universally appealing themes, Jess has connected with millions of people across the globe with hits including ‘Hold My Hand’, ‘Take My Home’, ‘Don’t Be So Hard On Yourself’ and ‘I’ll Be There’.

Based on the 1980 phenomenal pop culture film, Fame The Musical is the international smash hit sensation following the lives of students at New York’s High School For The Performing Arts as they navigate their way through the highs and lows, the romances and the heartbreaks and the ultimate elation of life. This bittersweet but uplifting triumph of a show explores the issues that confront many young people today: prejudice, identity, pride, literacy, sexuality, substance abuse and perseverance.

Celebrate one of the biggest movie franchises of all time with the Jurassic Park 25th Anniversary! Dinosaurs once again roam the Earth in an amazing theme park on a remote island. The action-packed adventure finds man up against prehistoric predators in the ultimate battle for survival. Featuring visually stunning imagery and groundbreaking filmmaking, this epic film is sheer movie-making magic which was 65 million years in the making.

You Me At Six: Take Off Your Colours Show
22nd November @ O2 Academy Birmingham

British rock band, You Me At Six will celebrate the 10th anniversary of their seminal, genre-classic debut album, Take Off Your Colours, by playing it in its entirety.

In celebration of their third album, Acts Of Fear And Love, indie-punk duo, Slaves will be continuing their legacy as one of the most ferocious live acts around, with their biggest headline tour to date. Expect big riffs, bigger beats and a whole lot of mayhem as the duo bring their A-Game and introduce their new material to the masses.

Told through the eyes of our leading lady, Jodie Jackson, audiences will hear stories and little known facts about Madonna as the show follows her career and music through her 35 years at the top.

Musician and Game Of Thrones actor, Raleigh Ritchie is back with new single, ‘Time In a Tree’, his first new music in over a year. Introducing atmospheric strings and dream-like vocals, whilst still retaining his signature blend of rap, it’s arguably one of his finest releases to date. Catch him perform it live, amongst other new material, this winter.

Mumford & Sons announce their huge world arena tour in support of their forthcoming fourth album, Delta. An incredible 855,000 tickets will go on sale for sixty dates heralding the band’s biggest tour since forming ten years ago, and they’ll perform the show on a new ground-breaking stage right across the middle of the arena.

With her debut full-length sitting comfortably within the Top 5 in the album charts, pop sensation Anne-Marie is embarking on her Speak Your Mind Tour, which will mark a monumental point in her career.

It’s been three years since Years & Years released their incredible debut album ‘Communion’ featuring huge tracks like ‘King’ and ‘Desire’, but now they’re back with a brand new offering.