CRITICAL LIST: Things to See in the Midlands this April!

Respected songwriter and artist, Maverick Sabre is embarking on his first headline tour in five years, in support of independently released and deeply personal new album, When I Wake Up.

Daniel Anthony “Danny” Noriega, better known by his stage name Adore Delano, is an American drag queen and singer. Delano first appeared as a contestant on the seventh season of American Idol in 2008 as Danny Noriega; Adore Delano competed in the sixth season of RuPaul’s Drag Race making it into the final three and she released her debut studio album Till Death Do Us Party in 2014. Adore released her second studio album After Party in 2016. 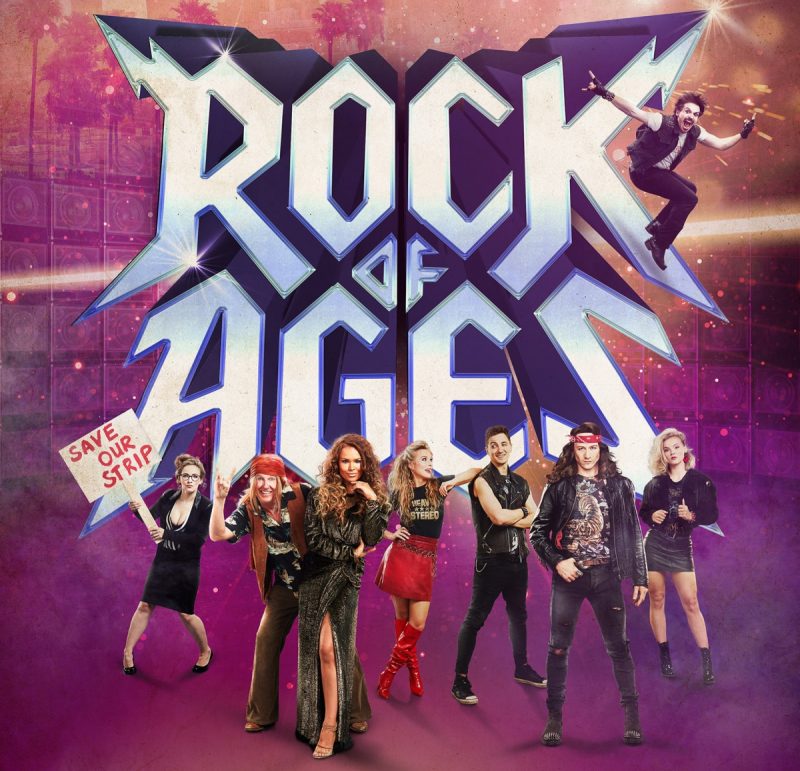 Rock of Ages is an LA love story lavished with over 25 classic rock anthems. Lose yourself in a city and a time where the dreams are as big as the hair, and yes, they can come true! This hilarious musical comedy will have you singing and laughing along with its epic songs played loud and proud by an awesome live band.

Fuel has produced Inua Ellams’ work for theatre since his debut play nine years ago. Barber Shop Chronicles is a heart-warming, hilarious and insightful play, set in Johannesburg, Harare, Kampala, Lagos, Accra and London. The play invites the audience into a uniquely masculine environment where the banter may be barbed, but the truth always telling.

It has been a while, but the multi-award-winning Welsh comedian is back, with a brand new live show.  In a six-year break from stand-up, a lot has happened to Rhod.  Almost all of it s**t

upsidedown at below
5th April @ below, leicester

Local and national DJ’s bring you the best in house, tech and everything in between

In 2011, Max Chapman burst onto the underground house scene when his first record was supported by Pete Tong on BBC Radio 1. In 2018, his hard work since that day was recognised at the DJ Awards when he won the ‘Breakthrough’ category following seven years of hard graft and success both as a producer and as a touring DJ. Known for his flawless productions and an infectious personality that has seen him become an industry favourite, Max Chapman is on the cusp of global success and ready to take his career to the next level.

For the first time ever, YouTube personalities and friends (sort of) WillNE and Stephen Tries are going on a tour of the UK. Comedians, commentators and p**s-takers of the internet, sit back and enjoy a show from two of YouTube’s funniest (looking) men. Between the two of them, Will and Stephen’s videos have amassed more than 3 million subscribers and 355 million views making them two of the fastest growing channels in the UK.

Nina Nesbitt will be dropping her eagerly awaited album, The Sun Will Come Up, The Seasons Will Change, early next year and you can experience it live in the spring.

Supporting the release of his self-titled third album, the multi-platinum and chart-topping singer/songwriter will be taking to the Arena Birmingham stage, where you can hear new tracks like “In My Blood” and “Lost In Japan”, in a show that’s not to be missed.

After a year of shows which has seen the Extreme Improvisers rock the Tokyo Comedy Store, blast through the San Francisco Improv Festival and get smashed in Denmark, we’re excited to bring our special blend of made up comedy madness to the Glee Club in Nottingham!

A new play from the writer of Partition and the award-winning* The Chef Show – Glory takes you inside the wrestling ring in this painfully funny, sweaty and gutsy story about what people will do to achieve glory.

South London rapper, Dave, will follow-up the release of his long-awaited debut album, Psychodrama, with a substantial headline tour.

Alternative R&B singer, producer and multi MOBO Award-winning star, Shakka has firmly established himself as an influential name on the British urban scene. Having collaborated with the likes of JME on his original tracks while lending his smooth, London-tinged vocals to the likes of Wiley, Idris Elba, Lethal Bizzle and Wretch 32, Shakka has shaken up the scene and transcended oceans with his sound.

One of the UK’s most exciting guitar acts, Circa Waves, are set for a series of huge shows in support of upcoming album, What’s It Like Over There.

Following the release of her new mixtape, UK rapper, Stefflon Don has added an extra date to her Secure Tour, which sees her return to her birthplace of Birmingham.

xperience the blockbuster film like never before accompanied by Alan Silvestri’s iconic score conducted live by Czech National Symphony Orchestra playing in sync with the film projected on the big screen.

This is a new look resonate with a bigger production and bigger line ups this will be the biggest line up to date.

This is an introduction to the unknown, a new beginning, the next chapter. Confetti presents a brand new outer space themed event, taking you on an intergalactic musical journey through time and space. Heart thumping, breath taking, enter….The Space LAB.

Following a critically-acclaimed West End run, Jon Brittain’s Rotterdam is embarking on a UK Tour. It’s New Year in Rotterdam, and Alice has finally plucked up the courage to email her parents and tell them she’s gay. But before she can hit send, her girlfriend Fiona reveals that he has always identified as a man and now wants to start living as one named Adrian.