SUMMER SCHEDULE: UNMISSABLE EVENTS IN THE MIDLANDS THIS JULY

The weather has left a lot to be desired this Summer so far!

Tim Rice and Andrew Lloyd Webber’s sparkling family musical is brought to life in a colourful explosion of joy.

BE Festival
until 6th July at Birmingham Repertory Theatre

Each year a daring and innovative programme of boundary pushing theatre, dance, comedy, circus, music, visual and performing arts takes place turning the theatre’s rarely seen backstages into a den of creativity, discovery and exchange where diverse cultures are celebrated.

Heralded as one of the finest voices of his generation, Kelly Jones will give audiences a rare opportunity to see unique and intimate performances across an evening of storytelling and song craft.  Fans will be delighted to see and hear some of their favourite songs in a more stripped back environment.

A blockbuster, adventure and rom com rolled into one, Desert Island Flicks sees two leading ladies reimagine, remake and spoof the most memorable movie moments of all time, taking on all the lead roles, stunts, and special effects!

Sam is a 24 year old singer/songwriter from Essex.  He’s been performing since he was eight and he started writing his own music when he was just twelve. Intent, even then, on pursuing a career in the music industry.

Birmingham Cocktail Weekend is a long weekend of sampling the best of Birmingham’s cocktail scene!

Welcome to the Club Tropicana Hotel- the 1980s answer to Love Island- where the drinks are free and the whole family is invited to join the ultimate holiday musical, celebrating all that we love about the 80s.

Set to the most iconic pop anthems of the era, performed live on stage, including: Just Can’t Get Enough, Take On Me, The Look of Love, Girls Just Wanna Have Fun, Relax and many more!

Amelie is a new musical based on the much loved five-time Oscar-nominated film, and an ‘enchanting act of theatrical reinvention’ (The Los Angeles Times).

Mostly Jazz Funk & Soul Festival is set in the truly beautiful and unique setting of Moseley Park, Birmingham. Every year, the park plays host to a weekend of blistering live music, attracting people from all over the world who gather to see International legends alongside the latest contemporary breakthrough artists from the world of Jazz, Funk & Soul.

Catch-up with all your favourite (and unforgettable) characters on a downtown New York street trying to make sense of life’s burning issues – like what do you do with a BA in English? How do you find your purpose? And is the internet really just for….nevermind. 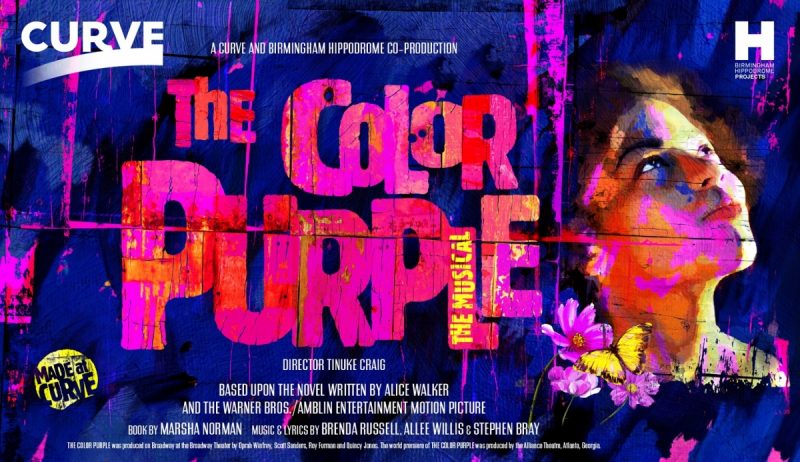 With a profoundly evocative score drawing inspiration from jazz, ragtime, gospel and blues, this moving family chronicle set in racially divided southern America, celebrates life, love and the strength to stand up for who you are and what you believe in.

Hot off the back of a critically acclaimed debut at VAULT Festival & freshly reworked for Departure Lounge, Opal Fruits is an unreliable solo show about the fetishisation of the feral female – about working-class women and the trouble with 90’s nostalgia – spliced with stories from four generations of women who came of age on the same council estate in South London.

The greatest epic poem of all time but as you’ve never heard it before – in a Brummie accent. Actor Roderick Smith (The REP’s I Knew You and Tartuffe, RSC’s Much Ado About Nothing and Love’s Labour’s Lost) has breathed new life into the classic story of heroes and gods whilst celebrating the local vernacular.

The award-winning music event is Nottingham’s biggest party of the summer, with a fun fair, comedy stage and entertainers out and about in the crowd, as well as Gem’s popular Weekend Anthems silent disco.

Josh Wolf is a comedian, actor and NY Times Bestselling author best known for his work as a round table guest and writer on E!’s “Chelsea Lately” and “After Lately.” He has become one of the most sought after personalities in comedy, headlining stand up comedy tours across the nation.

Watch the colourful parade process from Derby City Centre to Osmaston Park where a family fun day will be enjoyed by all ages.

Hold on to your wig! #DXP19 is the most fabulous tour of the summer and will feature performances from some of your favourite queens, plus so much more!