First Look: Behind-the-Scenes Of The Color Purple – At Home 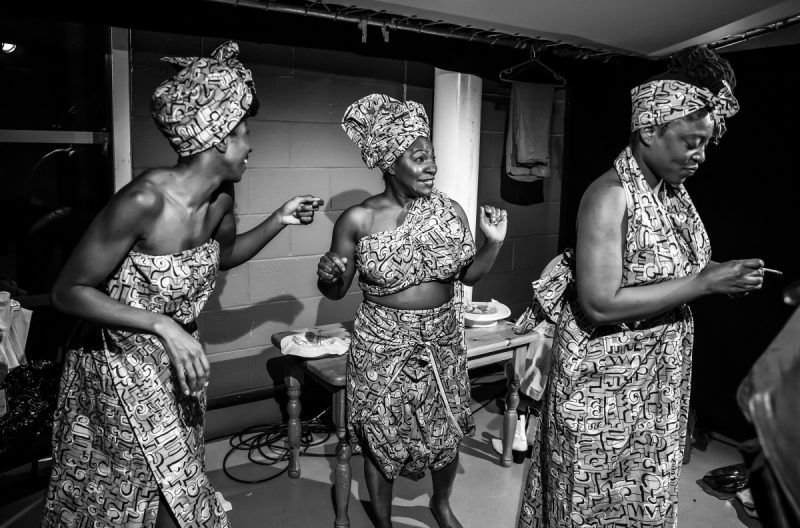 Curve has released a first look behind-the-scenes of The Color Purple – At Home which is streaming for three weeks only in association with Birmingham Hippodrome from Tue 16 Feb to Sun 7 Mar as part of Curve at Home. Tickets are on sale now, priced at £20 per household, at curveonline.co.uk.

Building on the success of Curve’s first major stream, (Sunset Boulevard – at Home), Curve and Birmingham Hippodrome’s WhatsOnStage Award-winning 2019 production of The Color Purple has now been especially reimagined for audiences to enjoy at home.

Marsha Norman’s poetic and powerful script along with the magnificent songs by Brenda Russell, Allee Willis and Stephen Bray celebrate life, love and the strength to stand up for who you are and what you believe in. This unforgettable story set in racially divided Southern America is staged by the team behind the 2019 production – Director Tinuke Craig, Musical Director Alex Parker and Choreographer Mark Smith.

T’Shan Williams returns to lead the magnificent original company as the courageous heroine Celie, with Danielle Fiamanya (Winner – The Stage Debut Awards 2019) reprising her role as Celie’s Sister, Nettie. Carly Mercedes Dyer joins the cast as the vivacious Shug Avery, following her acclaimed performance as Anita in the 2019 Made at Curve production of West Side Story.

Drawing inspiration from jazz, ragtime, gospel and blues, a band of incredible musicians will combine with the company’s soulful vocals in bringing the score to life, including Push Da Button, Too Beautiful for Words and I’m Here.

Recorded in Curve’s transformed auditorium and fully lit using the theatre’s state-of-the-art lighting rig, The Color Purple – at Home will offer audiences the chance to see Alice Walker’s seminal novel as they’ve never seen it before.

The Color Purple – at Home is supported by Leicester-based music licensing company PPL PRS and De Montfort University whose sponsorship will enable Curve to offer free tickets to specific local community groups and young people. Birmingham Hippodrome is able to offer tickets to similar groups in Birmingham through the support they received through the Culture Recovery Fund.

Tickets for The Color Purple – at Home are available to book now and are priced at £20 per household. The streamed production will be available to audiences in the UK and Ireland only and Curve will offer a range of accessible performances throughout the run, including captioned and audio described.

As part of the run of streamed performances, Curve and Birmingham Hippodrome will offer 2,000 free tickets for NHS workers to enjoy the production at home, with tickets distributed through local NHS providers.

TO FIND OUT MORE OR TO BOOK TICKETS TO THE COLOR PURPLE – AT HOME, VISIT WWW.CURVEONLINE.CO.UK/WHATS-ON/SHOWS/THE-COLOR-PURPLE-AT-HOME/