As a seasoned travel journalist, the first thing you do before any trip is google; get a lay of the land and suss out the sweet spots. I wanted the Top 10 things to do in Philly. Whilst every Top 10 guide cited the Liberty Bell and Philly Steak among their ‘must do’ highlights,  I discovered that Philadelphia is the birthplace of American Democracy and, it transpires, the home of Hamilton.

No birthplace of Democracy can claim to have always been free and easy, but nowadays, the city prides itself on being The City of Brotherly Love – something Bill Cosby ,who’s a resident of Philly, should’ve taken notice of – and I’m all for a bit of loving, so before you could say Philly Steak, I was Philly-ing out my ESTA forms at Dublin airport and getting ready for the 7 hour flight.

A new route for Aer Lingus – launching on the very day of our flight – the check-in and customs clearance via Dublin really does take the sting (and lengthy interrogations Stateside) out of the equation and allows you to simply walk out of the airport as if it was a bus station. No checks, passports or retina scans required. 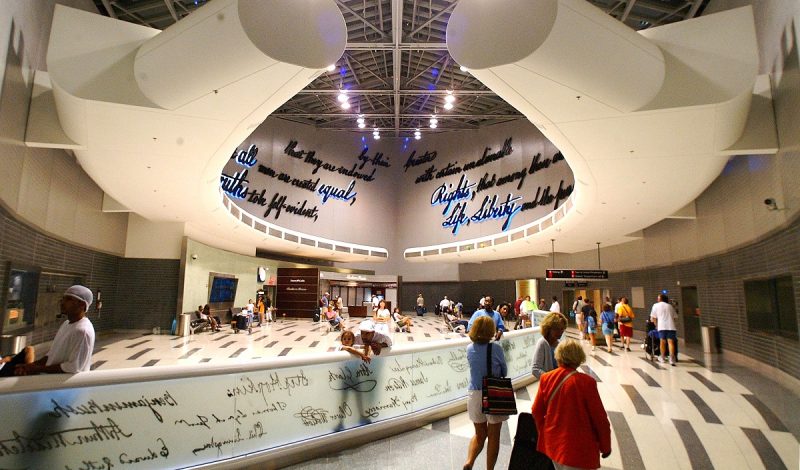 Operating from a Boeing 757, Aer Lingus offer a daily flight and a business class option on their flights from Birmingham to Philadelphia, via Dublin with each serviced by typical Gaelic charm.  Sure, the business class isn’t quite Qatar or Emirates, but the flat bed is an absolute boon and worth every cent of the upgrade.

As a city, Philadelphia, which was once the Capital of the USA, is benefiting from the ripple effects of NYC’s saturation – the Coventry to Birmingham, if you will.  Cited as the ‘sixth borough of New York’, it’s only 75 minutes to NYC on the train and something you could easily consider – although, as I found out, there’s more than enough to occupy your time in Philadelphia so who needs the Big Apple? We arrive in Philadelphia via Freeway 95. What’s clear is that this is a city based on industry and around a port.  But beyond the shipyards and petro-chemical plants, you see a skyline that has echoes of down-town Manhattan, radiating out from its ancient river port.  It’s a charming first impression that lasts and something echoed by New York friends.

We stay at the Loews Hotel on 12th and Market Street. Like NYC, Philadelphia operates the same block numbering system that originates from the first settlements at the port.  So, you start at 1st Street and its intersections and as you move further inland, the numbers get higher.  It makes navigating the city super easy, something best done by foot: it’s truly a walker’s paradise (voted 5th Most Walkable City in USA, fact fans), not least because of the incredible investment in public art the city has invested in, as part of its Mural Arts programme.

This programme was originally created to halt graffiti blight across the city, but it’s become much more – and there is a walking tour to show you the highlights that’s highly recommended – and now helps to signify and visually differentiate areas of the city.  The ‘walls have become windows’ and afford a space to voice an opinion – political, thanks, diversity, remembrance, even to inspire public health. The 4000 murals, some at least 70ft high, are even used as part of the rehabilitation and ‘forgiveness policy’ of former addicts and prisoners.  It’s a $6 million annual scheme that not only celebrates public art in a way that dwarves the attempts at similar schemes in the UK, but it’s been proven to reduce re-offending rates.  If you’re not a walker with a half-day free, or don’t want to miss the murals, there is also a Segway Tour, or make use of the super-easy, East/West and North/South Subway lines. You can’t not visit the Philadelphia Magic Gardens.  Don’t be fooled: this is one of the most insane but fabulous recycled art installations ever witnessed, created by Isaiah Zagar.

If you prefer your art indoors, the city boasts a ‘Museum Mile’: a Parisienne-style boulevard boasting the Free Library; Franklin Institute; and the incredible Barnes Museum, which has the largest hanging collection of Renoir and Cezanne in the world.

Not to be missed is the gigantic Philadelphia Museum of Art, which is the third largest art museum in the country – go, if only to see the Asian Floor, which is breathtaking – and something of a movie-star.  Google ‘Rocky’ and you’ll see the museum as the backdrop to the iconic Sylvester Stallone image of him, atop the 72 steps, ready to take on the world. As a side note, it’s worth checking out the museum websites in advance as the city does have a programme of making arts more accessible and regularly open the museums free of charge, usually on the first Friday of the month, from 5.30pm.

This ‘ready to take on the world’ attitude isn’t just the stuff of cinema legend, it’s a new-found attitude that is filtering through the city.  Whilst in the shadow of NYC, it’s confidently promoting itself as a city in its own right, rather than the under-dog.  A city with an incredible heritage in Medical Research (Penn University); they are a hot-bed for tech-innovation and are currently awaiting the decision as to whether Amazon sets up here and brings with it around 5billion dollars of follow-on income.

Much more than Philly Steak – although if you’re going to try it you must get it from Campo’s Deli on 214 Market Street in the Old Town but be prepared to queue – Philadelphia’s food culture is second to none.  A must-visit is the Reading Terminal Market.  Open 8-6pm, every day, you’ll find soul food to saturated fat, Peking duck to pancakes and everything in between.  The eggs benedict with bacon, served at the Amish stand were to die for and a great place to pull up a stool and people watch. If you love your dinner to be about the experience, as much as the food, head to the Observation Deck for 360-degree views of the city, before you hit ‘happy hour’ from 5pm.  Here, even on a school-night, the restaurants are heaving with the city’s fashionable, fabulous and foodies.  Booking is highly recommended at Sampan Restaurant, which is an Asian tapas-style restaurant; Mission Taqueria, which is Mexican in heritage and a haven for beardy boys and tattooed girls, Urban Farmer and The Parc Restaurant, which is French in influence and very chic if you want to get dressed-up.  The fact that the city is ‘majority minority’ and to the left of the political spectrum means that Philly is a real melting pot of world cuisine, representative of its inhabitants. 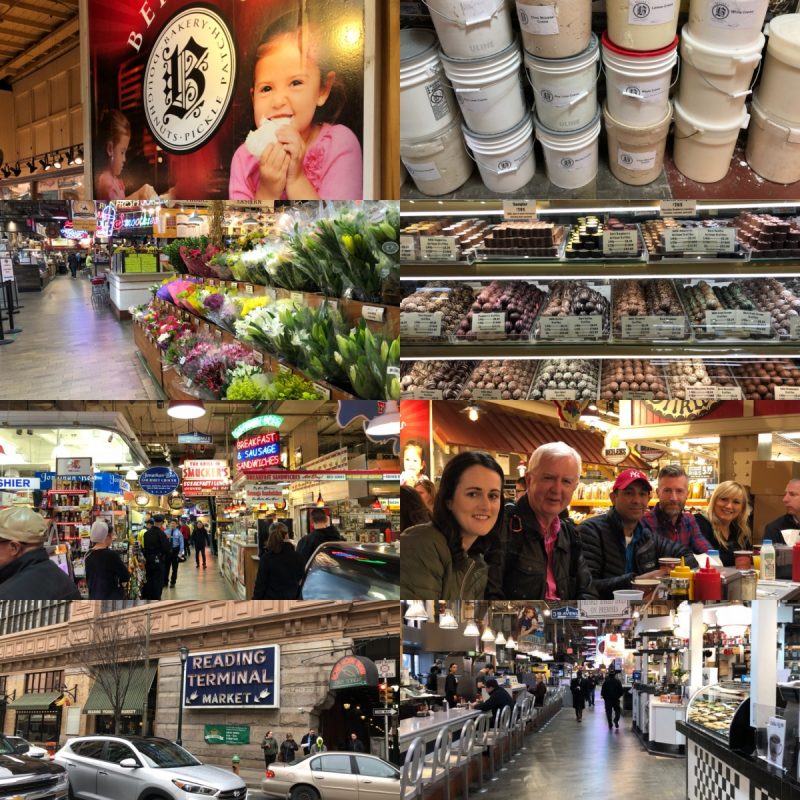 It’d be remiss of me not to mention Insomnia in my list: this is a cookie store that will courier your warm cookies to you until 3am, perfect for when the munchies kick-in after a night on the tiles.  The bar scene is, in my opinion, better than in NYC.  Speakeasy bars are particularly fashionable right now and you should check out One Tipperling Place for some incredible cocktails.  What’s less recommended is staggering (uninvited) into a private Karaoke party next door, for what looked like the Mexican Mafia.  That said, they insisted we stay, insisted we ‘down’ tequila to ‘become part of the family’ and, er, insisted we sing Oasis and Beyoncé to them.  Or at least, that’s what we think they insisted.  In truth, it was an unexpected and crazy diversion that made one of the best nights out.  Ever.  Just don’t ask us about the Clairvoyant.

What’s clear to me is that you don’t need a crystal ball to fall for Philly.  It’s one of the safest-feeling, friendly and culturally-rich cities we’ve ever visited and one that we’ll be making a date to return to very soon.